What to know before you go »

From our family, to yours.

Oliver Winery started from modest roots back in the 1960s, as a hobby of Indiana University law professor William Oliver. His enthusiasm for the craft led him to establish a vineyard northwest of Bloomington, in the Indiana Uplands AVA. Soon, the flourishing vines produced grapes far in excess of his needs as a hobby winemaker, so he began plans to open a commercial winery.

Professor Oliver was instrumental in passing legislation allowing for the creation of small wineries in our state. The Indiana Small Winery Act passed in 1971, and Oliver Winery opened in 1972. Sales took off with Camelot Mead, and we've been growing ever since. Today, we distribute our award-winning, fruit-forward wines to 27 states and ship across the country.

Professor Oliver's son, Bill, took over the winery in 1983. He focused on enhancing the guest experience by increasing wine quality and variety, establishing beautiful gardens, and providing great customer service. Sales grew steadily in the 80s, reaching 25,000 cases per year by 1990.

In 1993, Kathleen Oliver joined the winery as General Manager. Bill turned his attention to winemaking and viticulture at Creekbend Vineyard, which was planted in 1994. Retail sales climbed, and our tasting room was built in 1997.

Major facility expansions occurred in 2002 and 2007, making Oliver Winery one of the largest and most modernly equipped wineries in the eastern U.S. In 2002, Kentucky became the first state outside of Indiana to offer Oliver wines. In 2006, Oliver became 100% employee owned.

Today, Oliver Winery is one of the largest wineries east of the Mississippi. In 2018, Wine Business Monthly ranked Oliver among the top 50 largest wineries in the U.S. We are the only 100% employee-owned winery in the country.

We're also a world-class destination, rated by Travel + Leisure as a top 25 winery to visit in the U.S. in 2017. We offer best-in-class service, beautiful scenery, and an approachable wine experience to thousands of visitors each year.

Through the decades, quality has been our currency. We're proud to continue that story. 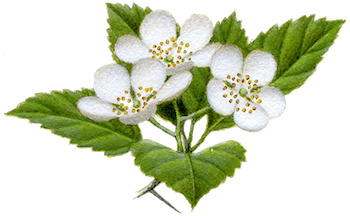 Wine is for everyone.

HERE'S TO THE UNEXPECTED

Tailgate at home with these pairings

The story behind Creekbend wines

We connect people through wine.